“9 Parts of Desire” by Heather Raffo

The Off Broadway hit play "9 Parts of Desire", written and performed by Heather Raffo, was inspired by a trip to a modern art museum in Baghdad in August 1993 and details the lives of nine Iraqi women that span the decades between the first and second Gulf Wars and occupation. Described by The New Yorker as “an example of how art can remake the world”, it is a portrait of the extraordinary (and ordinary) lives of a whole cross-section of Iraqi women: a sexy painter, a radical Communist, doctors, exiles, wives and lovers. This work delves into the many conflicting aspects of what it means to be a woman in a country overshadowed by war. The Maggie Tree is bringing 9 Edmonton Actors together to create the many faces that make up our 9 Parts of Desire.

Join Equity in Theatre (EIT) March 6th-12th, 2017 for their third annual Equity Hackathon! A hackathon is an event where a group of people come together to ‘hack’ the internet. Celebrate International Women’s Day by hacking the internet with others, or on your own! Help increase women’s visibility in the arts by adding posts about Canadian women artists to online wiki pages. Participants will be gathering across the country during the week of International Women's Day at the locations listed…

‘The Supine Cobbler’ by Jill Connell 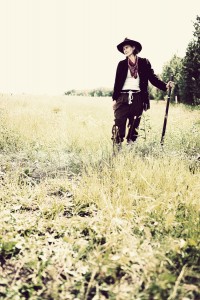 Click here for tickets and showtimes The Supine Cobbler by Jill Connell A Maggie Tree Production in association with Azimuth Theatre and Theatre of the New Heart April 14th – 23rd, 2016 The Backstage Theatre The Cobbler is an outlaw. A genius, but an outlaw just the same. She meets the Doctor for a procedure at high noon, accompanied by her apprentice (a turncoat), her estranged sister (dead by hanging), and her former best friend (missing, presumed dead). Together they…