Productions » HROSES: An Affront to Reason 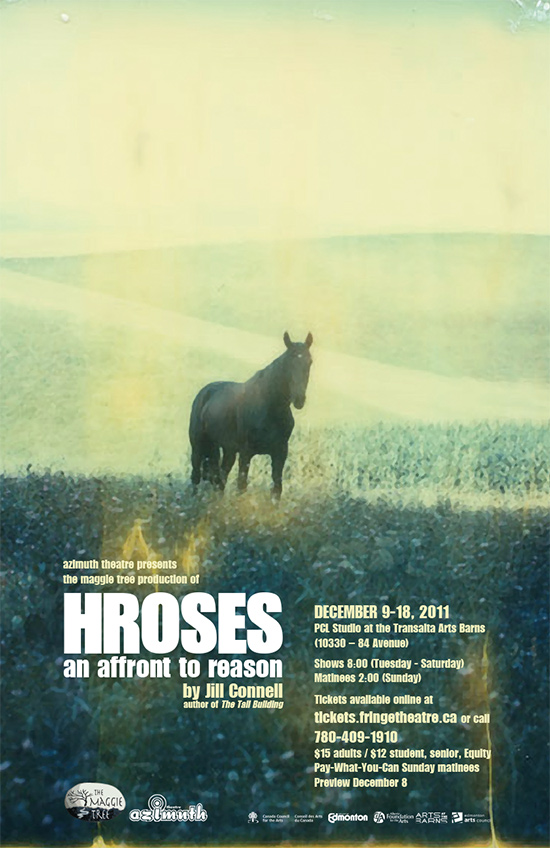 Two industries are locked in a long-standing feud over encroaching territory, competitive resources and forbidden relationships. You are invited to witness a stand-off. Lily, the pale granddaughter of a paper matriarch, and Ellery, born underground during an eclipse of the sun, engage in a fierce battle that alters the shape and position of the heart, claiming power over land and industry while trying to define personal boundaries within the realm of companionship. A timeless story about star-crossed lovers told through the kaleidoscope of magical realism. A paper farm, a sugar mine, a thousand years in a single moment. HROSES: An Affront to Reason is a beautiful, brutal and fantastical immersion in the eternals of love and war.

Funded by the Alberta Foundation for the Arts, Canada Council for the Arts & the Edmonton Arts Council