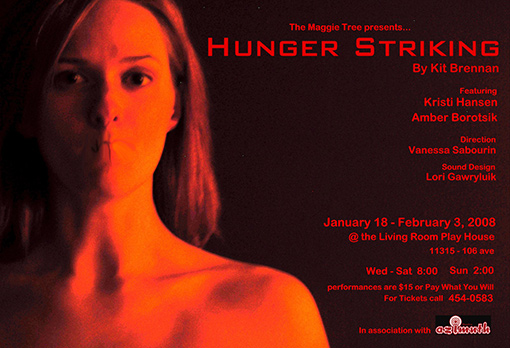 When one of her students dies of anorexia, Sarah is propelled into her own memories, taking her from her present day reality as a high school English teacher into multiple pasts: her own past as an anorexic girl twenty years earlier, her Celtic heritage with its vivid creatures and mythology passed on to her by her father, and the world of the hunger-striking suffragettes at the beginning of the last century. Though the battleground may be different, Sarah’s struggle to reconcile with herself is unnervingly easy to identify with.